Police officials have publicly denied that their request for a new subpoena of archived Belfast Project interviews constitutes a "fishing expedition." But Winston Rea, whose interviews are the target of that subpoena, has asked the courts in the U.K. to prohibit the PSNI from taking possession of the subpoenaed material -- so police officials and prosecutors have been forced to appear in a Belfast courtroom to explain the nature and purpose of the subpoena they have asked American authorities to serve on Boston College. Here's how the BBC reports the comments from the PSNI's barrister:


"There are obvious reasonable grounds for suspecting offences have been committed," he said.

"Whether or not the applicant is the individual who has committed those, it's quite clear the police have active lines of inquiry in respect of murder, attempted murder and robbery."

He said the PSNI is seeking to advance inquiries into serious crime spanning three decades up to the late 1990s.

"Regardless of who committed these offences there are victims, there are those bereaved, and some of them have written to the court expressing an interest in the issue," he added.

So the PSNI is pursuing Winston Rea's interviews not because of a generalized fishing expedition, ladies and gentlemen, but rather because of a laser-focused inquiry into some precisely and narrowly defined crimes that took place over the course of thirty years -- the longest murder ever? a slow-motion bank robbery? an attack on a glacier? -- and that Winston Rea didn't actually commit.

Whether or not the applicant is the individual who has committed those. Regardless of who committed these offences.

The police have now said in a public setting that they sought a subpoena of Winston Rea's interviews in order to investigate murders and robberies not committed by Winston Rea. This is serious? 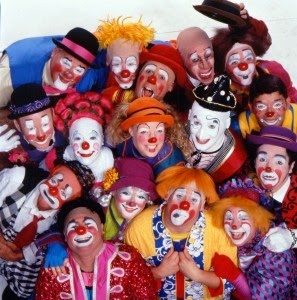