I can't prove that Jean McConville was an informer, and I can't prove that she wasn't. But it's now an article of faith that she couldn't have been, and that it's absurd to think a widowed mother living a modest life with her ten children could possibly have ever served as an informer in the service of British authorities in Northern Ireland: What could a person like that ever have offered to the sophisticated enterprise of military intelligence? 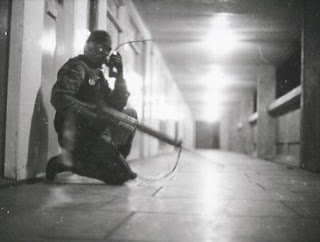 The American journalist Patrick Radden Keefe, who has written a new book about McConville's kidnapping and murder by the Provisional IRA, echoed this line in a recent interview with the Irish Times:


He does not take a position on the allegation that the reason she was murdered was because she was informing for the British army – a claim fiercely resented and rejected by the McConvilles, and also formally rejected by former Police Ombudsman Nuala O’Loan – although he reasonably queries what a vulnerable, stressed, 38-year-old widowed mother of a large brood of children could usefully do for the army.

But here's a passage from an excerpt taken from Keefe's book, describing McConville's kidnapping (which took place in her home, in front of her children):


A couple of the men were not wearing masks, and Michael McConville realised, to his horror, that the people taking his mother were not strangers. They were neighbours.

To acknowledge that Jean McConville lived in a place where her neighbors were IRA members is to acknowledge that she could have been a useful informer. A widowed mother, not leaving for work or frequent travel, at home constantly in what was effectively an IRA barracks, was in a position to report on the movements and meetings of her neighbors.

Divis Flats was a center of IRA activity, a battleground and a deadly place for British soldiers. It was so important to the British Army to have eyes on Divis Flats that they built an observation post there – which would have allowed them much the same kind of information that McConville would have had from her own apartment. Who's coming, who's going, who's armed, what apartments do armed men enter, who's running into Divis Flats ahead of pursuing soldiers?

Troops in a fixed observation post can't see everything at all times; supplemental intelligence, on plain questions about the movements and identities of neighbors who serve in a paramilitary organization, would have been valuable to the British soldiers patrolling the area. Imagine IRA commanders having someone in British army barracks who called and reported the movement of troops. This is valuable information, easily reported, and not requiring sophisticated knowledge of military operations.

It's reasonable to describe the claim that McConville was an informer as a disputed claim, or an unproven claim. It's reasonable to notice the pain that the claim causes her children. It's silly to pretend that it's inconceivable, or that she could have offered no value of any kind to the British military in Belfast. It's perfectly clear that it would have been quite valuable to the British to have extra eyes inside Divis Flats, and it's perfectly clear that McConville could have been in a position to provide those eyes.

The British government could settle the matter by fully opening the archives, releasing every document relating to military intelligence and army patrols in Belfast in 1972. A similar point might be made regarding the commander in the Provisional IRA who ordered that McConville be taken, killed, and disappeared. The reality of the McConville killing is that the people who have the best evidence haven't shared it. Until they do – unless they do, and it seems unlikely that either British Army or former Provisional IRA leaders ever will – McConville's role as an alleged informer cannot be treated as an absurd proposition. As her children have said, she was taken by a paramilitary squad that included their neighbors. That's why she could have been an informer. The claim that she was is an open question.
Posted by Chris Bray at 11:14 AM