A news story on the website of RTE, Ireland's national broadcaster, confirms that Gerry Adams discussed his arrest with American officials during his visit to Washington. While the PSNI pursues new subpoenas, the RTE headline tells the whole story: "Adams arrest discussed at Washington briefing."

An email to Adams' office this morning produced a list of officials who met with Adams: In addition to a sizable group of Congressmen -- gendered term intended, because he somehow only met with men -- Adams met with some moderately well-placed officials at the State Department. The White House took relatively little notice of the meeting, sticking Adams with an official from the Office of the Vice-President. Imagine flying four thousand miles and then finding yourself in a meeting with the vice-president's staff.

In any event, yes: Gerry Adams was in a foot race with the PSNI, talking to U.S. government officials about his arrest and the foolishness of the police investigation at exactly the moment the police are trying to get new subpoenas of the Boston College archival material that they hope to use against him.

Besides RTE, which news organizations noticed the presence in the capital of a foreign official engaged in a lobbying effort against a criminal investigation that the United States is helping with? Take a look: 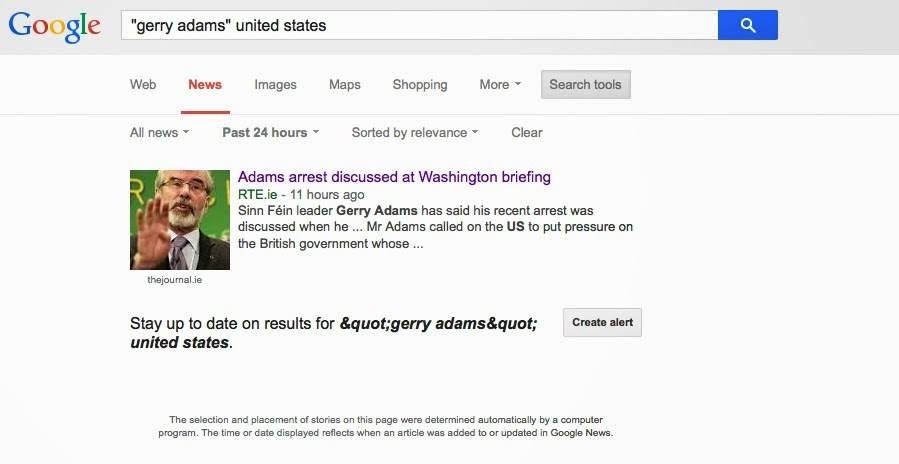 When I picture the American news media, I imagine a little ring of saliva around the spot on the desk where they put their heads during nap time.