Have You Seen This Man?


Three years after the arrival of the first Belfast Project subpoenas, the president of Boston College hasn't given a single interview or held a general meeting with faculty to discuss his views of the project or the legal effort to bend it to police use. I've asked around: Reporters and Boston College professors have tried to ask him what he thinks, but he has nothing to say to them. My theory is that William P. Leahy, SJ is a well-executed (but slightly dull) hologram. But was the hologram aware of the Belfast Project before it began? Did the hologram approve the project? If some brave soul in Chestnut Hill personally sees the hologram floating across the campus, please whisper a question or three in its direction and let us know how it responds, because we really do wonder. 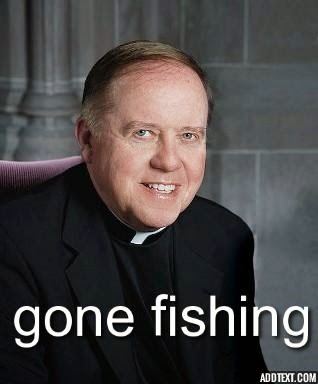 To be sure, public silence on major institutional controversies is the hallmark of contemporary leadership, and Leahy is far from being alone. Two and a half years ago, Senator John Kerry wrote to Secretary of State Hillary Clinton to call for a vigorous State Department campaign against the obvious recklessness of the Belfast Project subpoenas; today, Secretary of State John Kerry has nothing to say about the very project he urged his predecessor to oppose. Does Secretary Kerry agree with Senator Kerry's proposition that the secretary of state should fight against the Boston College subpoenas? Reader, we may never know. Speaking of pale apparitions floating around the Boston area and giving dull commencement speeches.

Former British Prime Minister Tony Blair has now bothered to offer his carefully critical view of the subpoenas, and of the subsequent arrest of Gerry Adams. Will any American leader bother to wander out onto the same limb? Or will they remain silently in character?
Posted by Chris Bray at 7:49 PM